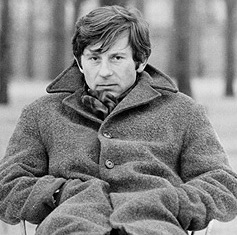 The Ghost Writer is the film Roman Polanski completed from his prison cell, after being arrested in Switzerland for the (alleged) rape of then-13-year-old Samantha Geimer in 1977.

It is based on a 2007 novel by Robert Harris called The Ghost, a political thriller about a smooth, superficial ex-British prime minister who hires a ghost writer to polish his memoirs, and is shortly afterwards accused of war crimes for secretly approving the transfer of British al-Qaida suspects to Guantanamo Bay.

The Ghost Writer is a typical Polanski, that is, there is nothing typical about it. But its resonance in Polanski’s own life means that he is the cheekier fuck.

After his arrest on September 26 last year, it was widely reported that Polanski was “giving instructions” to editor Herve du Luze and composer Alexandre Desplat from prison in Switzerland, in order to finish the film in time for the Berlin Film Festival in February.

Reports diverged on whether or not he was able to use a phone, and how he got his instructions across is unclear. Polanski had worked with Du Luze on six previous films, so it’s possible he trusted De Luze to polish the final cut without his input.

Perhaps as a result of its chaotic post production, The Ghost Writer isn’t a stylish film. Apart from some thoughtfully composed scenes and a confidently frustrating final shot, it does not seem like the work of an auteur. But Polanski is not a mannered director; there are no obvious similarities between The Pianist, Chinatown, Rosemary’s Baby, The Tenant or Oliver Twist.

The Guardian‘s Ronald Bergan compares The Ghost Writer unfavourably to Sergei Eisenstein’s Ivan the Terrible (1944), which insinuates certain things about Stalin, but “continues to be a great film” many years later, despite these pejorative references. Bergan argues that, stripped of its “topical context,” The Ghost Writer will fade into a mediocre political thriller.

The film is gripping, and slickly shot, with an atmosphere of apprehension created by near-continuous rain. But it is particularly interesting because of its resonances in reality, both in Polanski’s life, and Tony Blair’s.

I can’t really remember what my point was. Something about escaping jurisdiction in other countries.

Project Jennifer was one of the most complex, expensive, and secretive intelligence operations of the Cold War at a cost of about $800 million ($3.6 billion in 2012 dollars). View all posts by ProjectJennifer

One thought on ““A cheeky fuck””